We are a local gun shop located in Spokane Valley, Washington. We carry new and used firearms, ammunition and accessories. 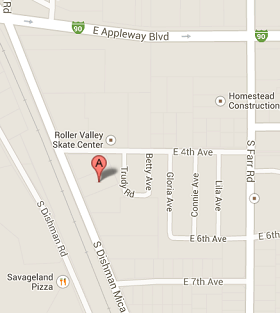 Officials in New York City and the state of New York have asked American Express, MasterCard, and Visa to make a four-digit merchant category code (MCC) like the ones used for other retail categories to identify better and report suspicious behavior, such as large purchases of firearms.

“The creation of a new code would help financial institutions detect and report suspicious activity, such as unusually large purchases of firearms or ammunition, or purchases from multiple stores, that may be used for criminal purposes,” it claimed.

On Friday, the International Organization for Standardization –in charge of setting standards for business transactions — voted to create a “merchant category code” for gun purchases.

This will allow banks that process payment from gun retailers to assign the new code to the gun stores.

An international standards body has approved creation of a merchant code for gun retailers, a representative said on Friday, following pressure from activists who say it will help track suspicious weapons purchases.

At a meeting this week, a subcommittee of the International Organization for Standardization approved what is known as a “merchant category code” for firearms stores, a spokeswoman said.

It clears the way for banks that process gun retailers’ payments to decide whether to assign the new code to merchants. The code would help monitors track where an individual spends money, but would not show what specific items were purchased.

Gun groups have criticized the move.

The National Shooting Sports Foundation and the National Rifle Association Institute for Legislative Action both blasted the decision.

Some groups have criticized the ISO approval. Mark Oliva, the managing director for public affairs for the National Shooting Sports Foundation, a U.S. trade association for the firearms industry, told The Center Square that the code’s creation was “flawed on its premise.”

He told Gothamist: “This decision chills the free exercise of constitutionally protected rights and does nothing to assist law enforcement with crime prevention or holding criminals accountable. Attaching codes specific to firearm and ammunition purchases casts a dark pall by gun control advocates who are only interested in disarming lawful gun owners.”

Lars Dalseide, a spokesperson for the National Rifle Association Institute for Legislative Action (NRA-ILA), the lobbying arm of the gun rights advocacy group NRA, told The Center Square: “Implying that firearm purchases are suspicious demonstrates an obvious bias these attorneys general hold against anyone who chooses to exercise a fundamental constitutional right.

“Creating specific credit card codes for firearms lays the groundwork for a de facto firearm registration. Suggesting otherwise is either shortsighted or deceptive,” Dalseide added. “The true travesty is that New Yorkers and Californians must continue facing the violent criminals pushed back on the streets thanks to these two attorneys general reckless soft-on-crime policies.”